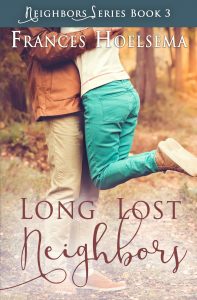 Gregory Bronson learns he’ll soon be moving away from his neighbor and best friend, Alison Levin. When he tells her the shocking news, she feels her world is being turned upside down. What would she do without Greg? What would Greg do without her?

Fast forward fifteen years. Ali is engaged to Sean Whitman who can provide her with anything she could ever want. While vacationing, however, she runs into Greg. Suddenly she’s not so sure Sean is the one.

Greg finds himself just getting out of a bad relationship when he and Ali reunite. He can’t help but be attracted to her and wonder if the two of them could ever stand a chance.

As the two of them rebuild their friendship, the foundation for something more is set until one day they finally give in to their desires. But after they are interrupted with an emergency, Ali realizes she must make a choice. Will she choose her fiancé, Sean, and go through with a wedding that is already planned and paid for? Or will she give it all up for her friend, Greg, who could give her the one thing Sean doesn’t: all of himself?