My youngest son just turned four not too long ago. And let me be the first to say that I find that hard to believe! It seems like only yesterday he was born. Or perhaps just taking his first step or saying his first word. How can he be four!?!? That’s just not possible.

However, it’s true. He’s four. I have come to terms with that. And my oh my how he has grown. This past year alone he’s learned so much, and more and more he wants to be like his big brother. (Although there are plenty of times he can’t stand him, too).

Now that my children are old enough to make choices on how they want to party (and birthdays are something to throw a party for!), we let Asher make some decisions. This, my friends, is how a four-year-old thinks (at least mine anyway):

Overall, I think he did okay with his choices. I know not all things may be the easiest or healthiest or smartest or cheapest or whatever, but you only get one day a year to celebrate. Why not live it up? It’s safe to say our boy did. And I believe it’s a good thing to let our children make decisions, I mean, as long as they’re not harmful/destructive in any way. Of course, with more important decisions, we’d be more involved, lol!

Anyway, it has been a blessing for our youngest to be in our lives! One of the best things about him is that he gets actively involved with church and can memorize scripture easily. I can’t wait to see where God takes him and how He’ll use him for His kingdom. 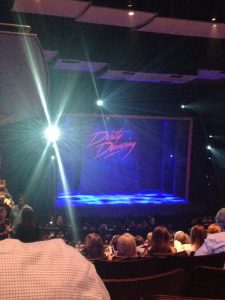