I’m excited to announce that my young adult action and adventure novel, The Gladiator and the Guard, is now available for purchase! This is the second book in the Krillonian Chronicles, sequel to The Collar and the Cavvarach.

Bensin, a teenage slave and martial artist, is desperate to see his little sister freed. But only victory in the Krillonian Empire’s most prestigious tournament will allow him to secretly arrange for Ellie’s escape. Dangerous people are closing in on her, however, and Bensin is running out of time. With his one hope fading quickly away, how can Bensin save Ellie from a life of slavery and abuse? 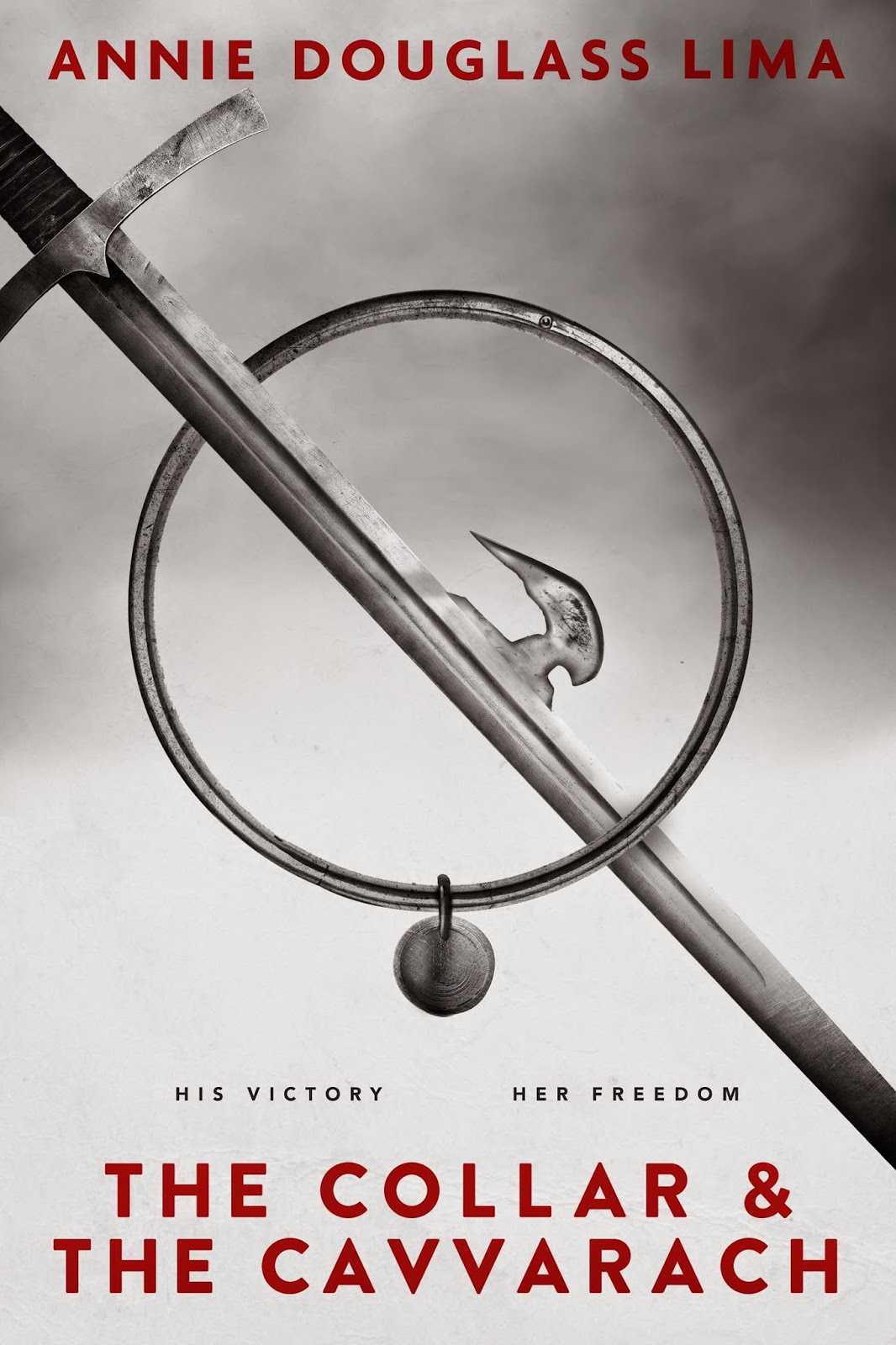 What is the Collar for, and What is a Cavvarach?

The story is set in a world very much like our own, with just a few major differences. One is that slavery is legal there.  Slaves must wear metal collars that lock around their neck, making their enslaved status obvious to everyone.  Any slave attempting to escape faces the dilemma of how and where to illegally get their collar removed (a crime punishable by enslavement for the remover).

Another difference is the popularity of a martial art called cavvara shil.  It is fought with a cavvarach (rhymes with “have a rack”), a weapon similar to a sword but with a steel hook protruding from partway down its top edge.  Competitors can strike at each other with their feet as well as with the blades.  You win in one of two ways: disarming your opponent (hooking or knocking their cavvarach out of their hands) or pinning their shoulders to the mat for five seconds.

Click here to order The Collar and the Cavvarach from Amazon

And now, The Gladiator and the Guard, with another awesome cover by the talented Jack Lin!

Bensin, a teenage slave and martial artist, is just one victory away from freedom. But after he is accused of a crime he didn’t commit, he is condemned to the violent life and earl death of a gladiator. While his loved ones seek desperately for a way to rescue him, Bensin struggles to stay alive and forge an identity in an environment designed to strip it from him. When he infuriates the authorities with his choices, he knows he is running out of time. Can he stand against the cruelty of the arena system and seize his freedom before that system crushes him?

And just for the awesome readers of my blog, here’s an excerpt:

Bensin, pale and visibly trembling in his yellow prison uniform, raised his cavvarach as the burly gladiator charged. Their blades met with a crash, and if Bensin hadn’t been holding his in a white-knuckled grip, it would probably have gone flying.

The gladiator’s booted foot shot out, and Bensin blocked a powerful kick with his shil, staggering backward from its force. Another kick, and then another. The third one caught him in the stomach, and Steene bit his knuckles as the microphones picked up Bensin’s gasp of pain. The gladiator followed up with a series of savage slashes that Bensin barely parried, backpedaling all the while.

“Attack him,” yelled Steene, then clapped a hand over his mouth and turned to glance guiltily down the hall. The last thing he wanted was to wake Ellie now.

“Don’t just let him back you all over the arena,” he ordered in a furious whisper. “Attack! Fight back! Go on the offense!”

And Bensin tried. Steene saw him aim a kick of his own, reach out with his cavvarach for the hook hold that would disarm an opponent. But this guy was not only stronger than Bensin, he was confident. There was no terror in his eyes, no glimpse of death looming in every movement.

Come on, Bensin. Get ahold of yourself. Fight like I’ve taught you to! Steene pounded a fist on the arm of the couch. You’re better than this! 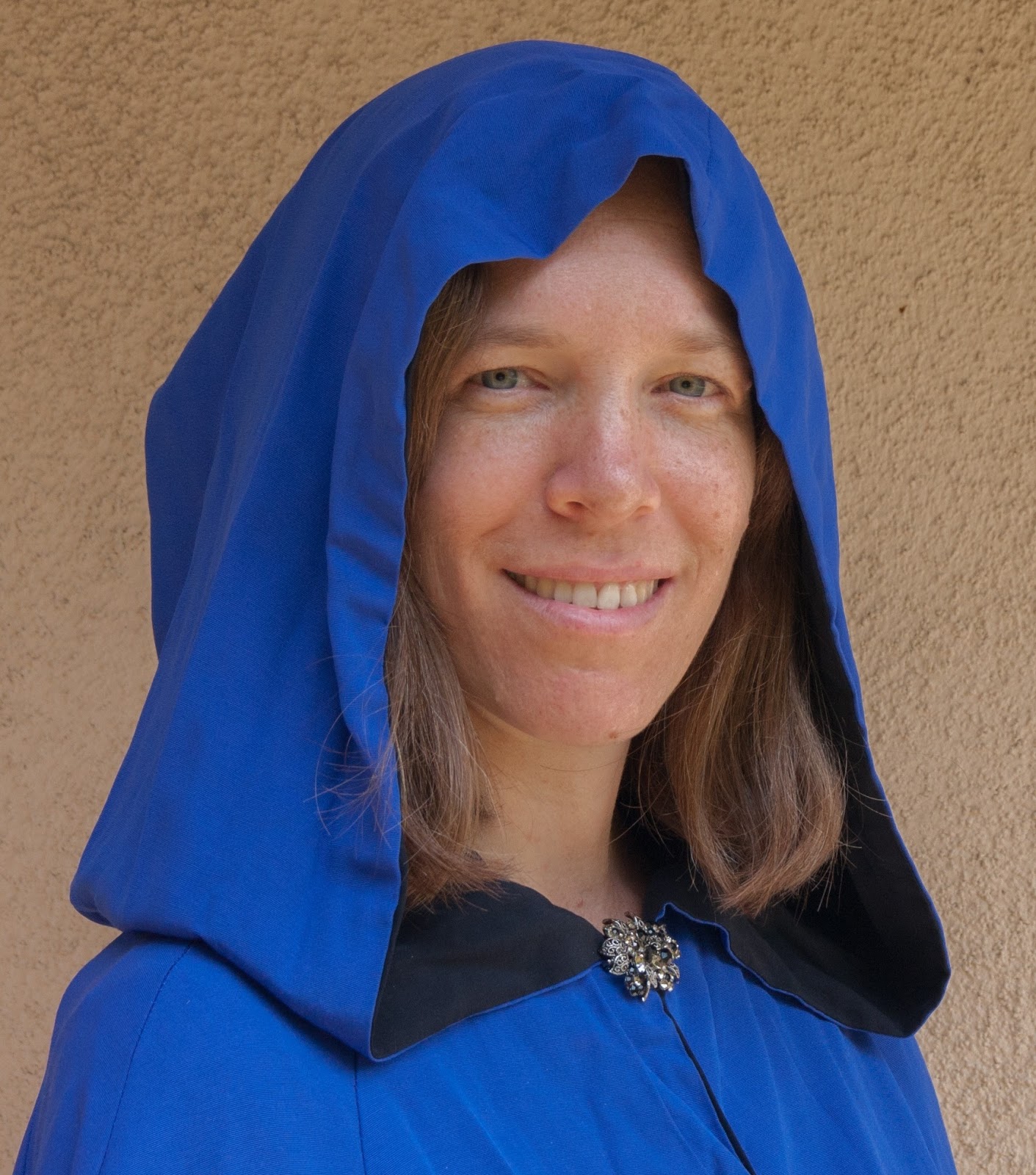 Annie Douglass Lima spent most of her childhood in Kenya and
later graduated from Biola University in Southern California. She and her husband Floyd currently live in Taiwan, where she teaches fifth grade at Morrison Academy. She has been writing poetry, short stories, and novels since her childhood, and to date has published twelve books (two YA action and adventure novels, four fantasies, a puppet script, and five anthologies of her students’ poetry). Besides writing, her hobbies include reading (especially fantasy and science fiction), scrapbooking, and international travel.

Connect with the Author Online:

Now, enter to win an Amazon gift card or a free digital copy of The Collar and the Cavvarach!
a Rafflecopter giveaway

Or find the giveaway at this link: http://www.rafflecopter.com/rafl/display/ad2fd99a3/?