Let’s pause for just a minute and take a look at this beautiful creature. This is our cat, Rusty. Sometimes I call him Rusty Pants or Rusty Panters (don’t ask why because I won’t be able to give a reason).

Rusty was adopted from the local humane society eight years ago with his brother Ringo (RIP, Ringo!). Both cats were seven years old when we go them, making Rusty 15 years old!

He has such a wonderful personality. He is easy going and happy-go-lucky. He basically takes whatever you throw at him! And with two young kids, trust me, he gets a lot thrown at him. Poor thing.

Anyway, my oldest son has the privilege of sleeping with him all the time. That’s right, this cat will just stay by him and cuddle with him as he sleeps. I’m jealous.

Here Rusty is sleeping and laying on a Jake & The Neverland Pirates couch that our oldest son recently got for his birthday.

I love him to pieces! 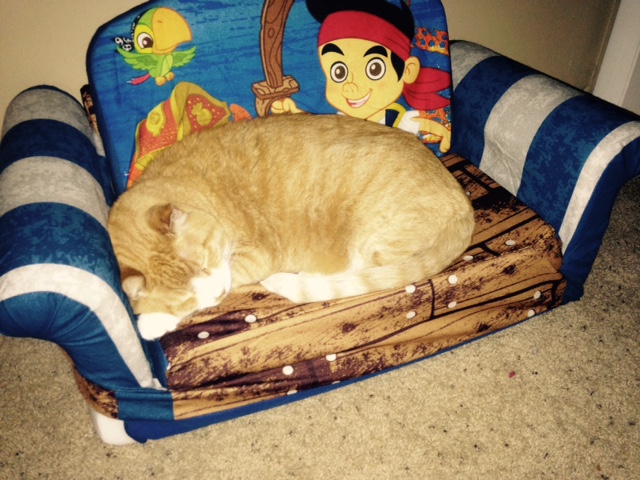 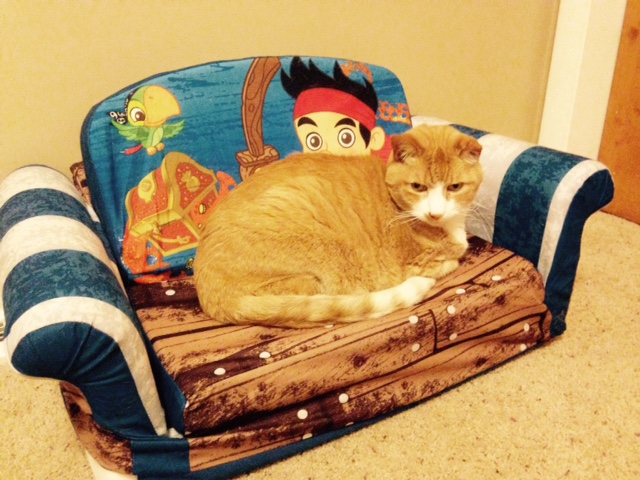