There is a new release I would like to share with you all! It’s the final book in the Secret Keeper series by Angela Carling! Take a look at this…

It all started with one little secret….

New to the series? To celebrate the release of Under The Broken Sky, you can pick up the first book, The Secret Keeper, for FREE!  Yep, you can discover the series, risk free.
Amazon
Barnes and Noble
I-books

Here’s the condensed version of the reviews:) 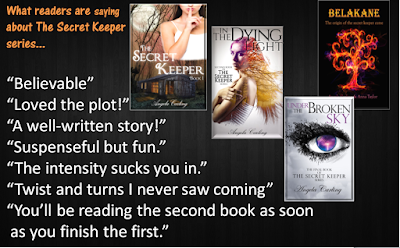 If you are already a fan of the Secret Keeper Series, you’ve been waiting for the final installment in the series!

Wait no more! Under The Broken Sky is here! Winter, Liam, and Belakane’s story is complete! Binge away my reader friends, but know this….

Winter and Liam’s story takes some unimaginable turns. Belakane (the creator of the curse) takes center stage, and new characters bring more depth, joy, and pain into the lives of the characters we already love!

Here are the cover and blurb for Under The Broken Sky: 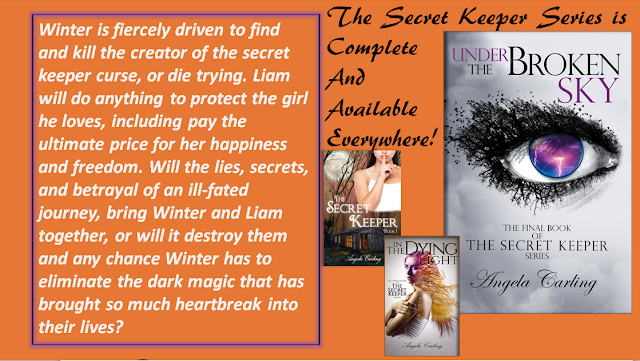 Here’s where you can pick it up:
Amazon
Barnes and Noble
I-books
Kobo

So check it out, grab your free copy of The Secret Keeper, or get that final book you’ve been waiting for. I know I’m excited to share the last chapter in Winter, Liam, and Belakane’s story. Love to you all, and may you never need a Secret Keeper! 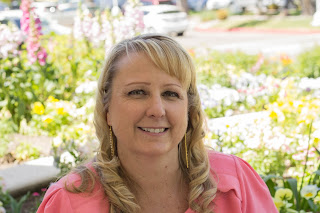 Angela Carling was raised in Palm Springs California, but lives in Arizona with her husband, three kids and five felines.  After years of denial, she finally admitted that she is a hopeless romantic, which led her to write her first Young Adult book, Unbreakable Love. Since then she’s published Shackled, Becoming Bryn and The complete Secret Keeper series. Shackled won the silver IBPA award in 2012 and has been optioned as a screenplay and the Secret Keeper series picked up first place in the paranormal romance reviewers choice awards! Angela always eats the frosting off her cake first, and can be caught singing pretty much anywhere.  When she’s not writing YA novels, she’s mentoring teen writers, making pizza with her family or dreaming of taking a nap, not necessarily in that order.
Links to connect with Angela:
Website

To celebrate the release of book 2 in The Secret Keeper series, In the Dying Light, by Angela Carling, we are going to have some fun! In fact, at every stop in her blog tour, you’ll have a chance to enter to win her first two books and she’ll be talking about different people in history that really could have used a secret keeper.

Who comes to your mind first? Don’t tell me yet. First, Angela is going to give you the skinny on Secret Keepers: